When working with a Raspberry Pi Zero W, as there is no network port, you will need to enable WiFi and SSH as well so that you can connect to it when it first boots.

This is far simpler than the alternative, which is to connect a keyboard and monitor to the Raspberry Pi Zero W to then set up WiFi and SSH. You can simply use your existing setup. 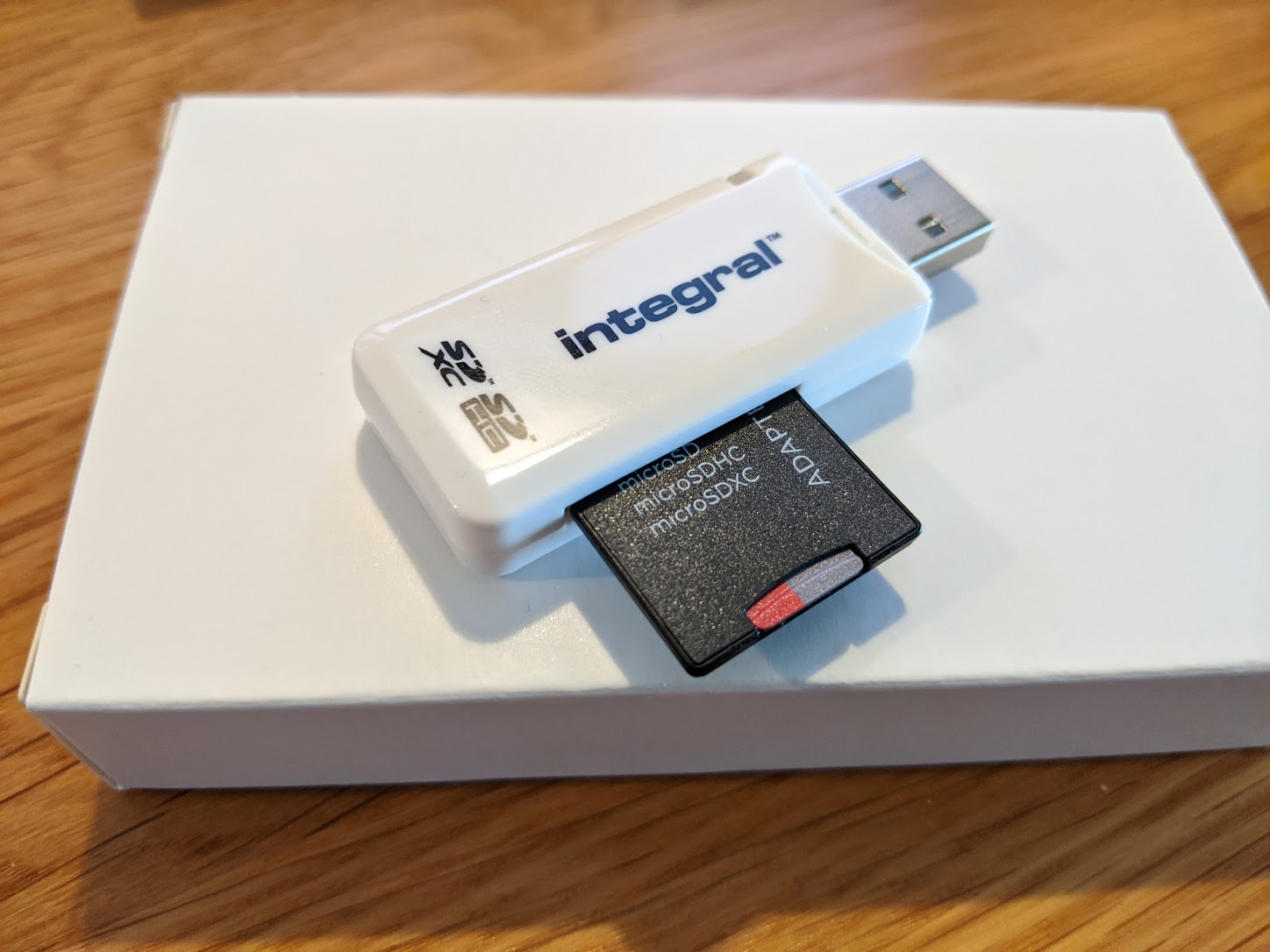 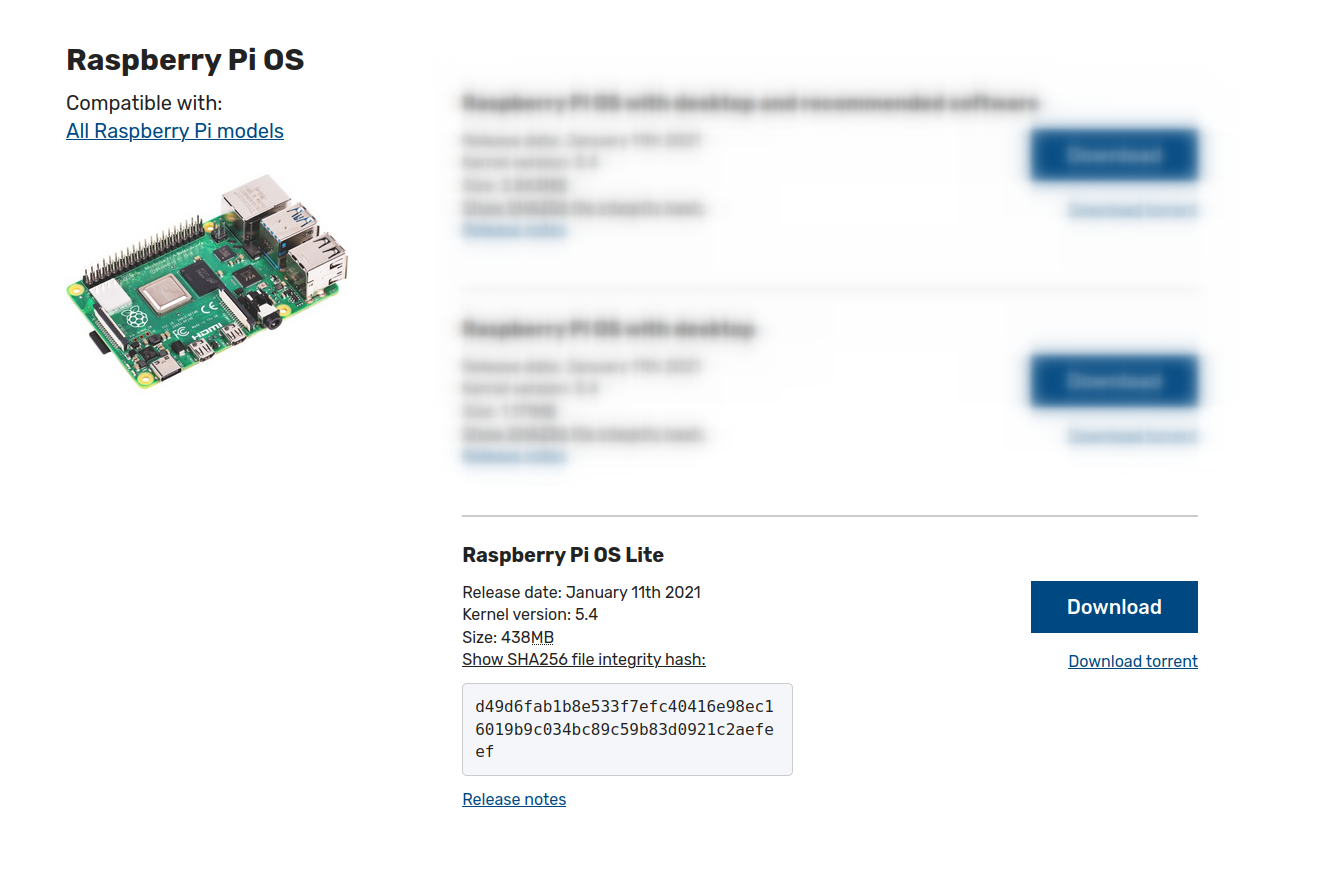 Optionally, if you have WSL you can download and also verify the checksum.

Download Balena Etcher, choose the portable version from the dropdown. 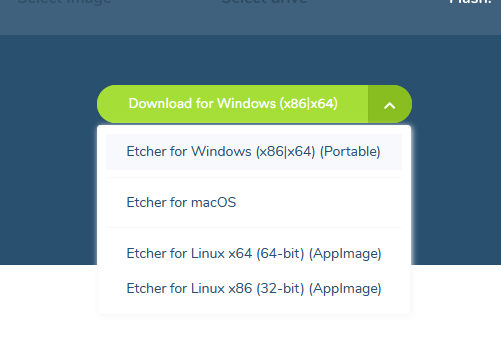 Launch Etcher, then select the zip file that you just downloaded, and choose the USB device carefully. 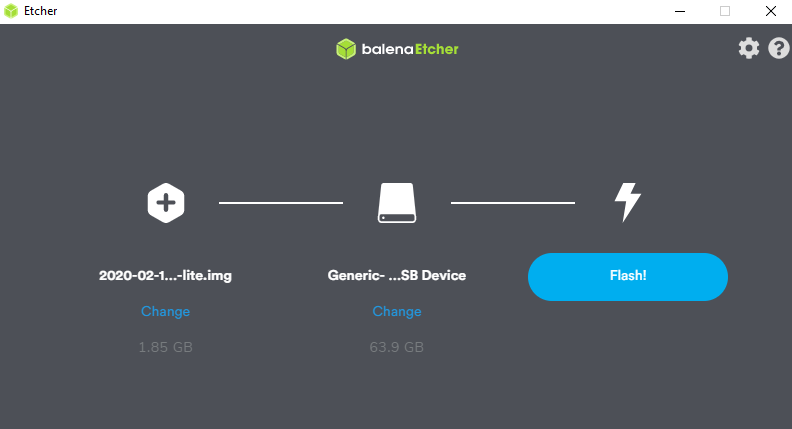 Click Flash and the image should get written to the SD card shortly. 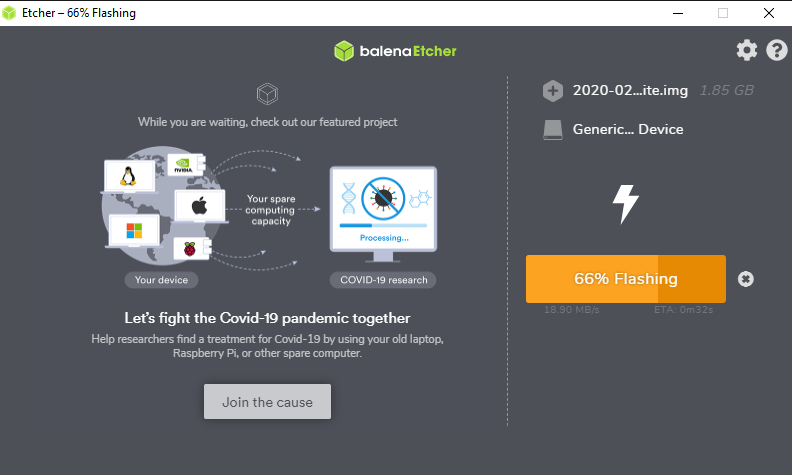 Once flashing is complete, unplug and replug the USB adapter. The drive should now appear in Windows (it appeared as D:\ for me) filled with OS files for the Raspberry Pi. 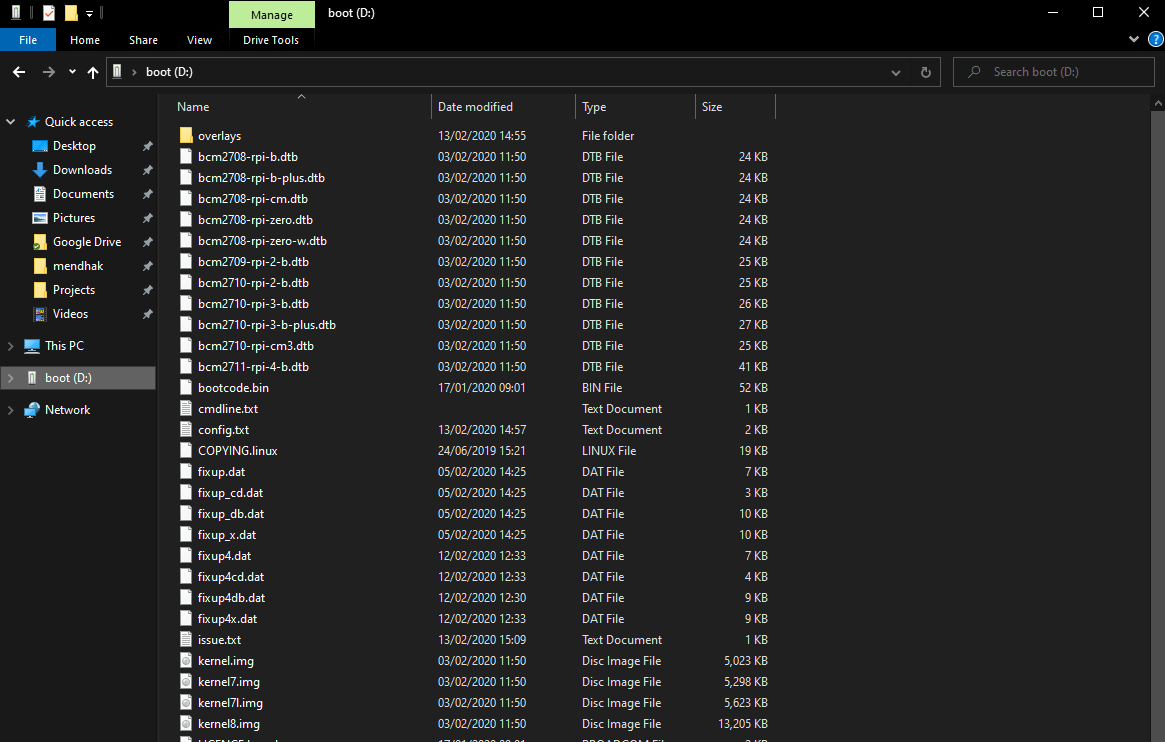 Raspbian disables SSH by default. To enable it, create an empty file in this drive, called ssh.

Just the presence of this empty file on disk is enough for Raspbian to enable SSH when you power up the Raspberry Pi later.

You will need to tell Raspbian how to connect to your WiFi.

Create a file called wpa_supplicant.conf in the same boot drive. Paste these contents in there, and replace the country, SSID and PSK values.

Raspberry Pi Zero W does not support 5 GHz, make sure you have 2.4 GHz enabled on the SSID that you are connecting to.

The country code is not always necessary, but helps the WiFi radio figure out which channels it can operate on as different nations may ban the use of certain frequencies based on military, security, industrial/scientific requirements. Without the country code in place, the WiFi may simply refuse to connect.

Plug the SD Card into the Raspberry Pi Zero W. Connect a micro-USB cable and power up the Pi. You can use the official Raspberry Pi power supply (~2.5A) or a USB port that supplies adequate power (~1.2A). 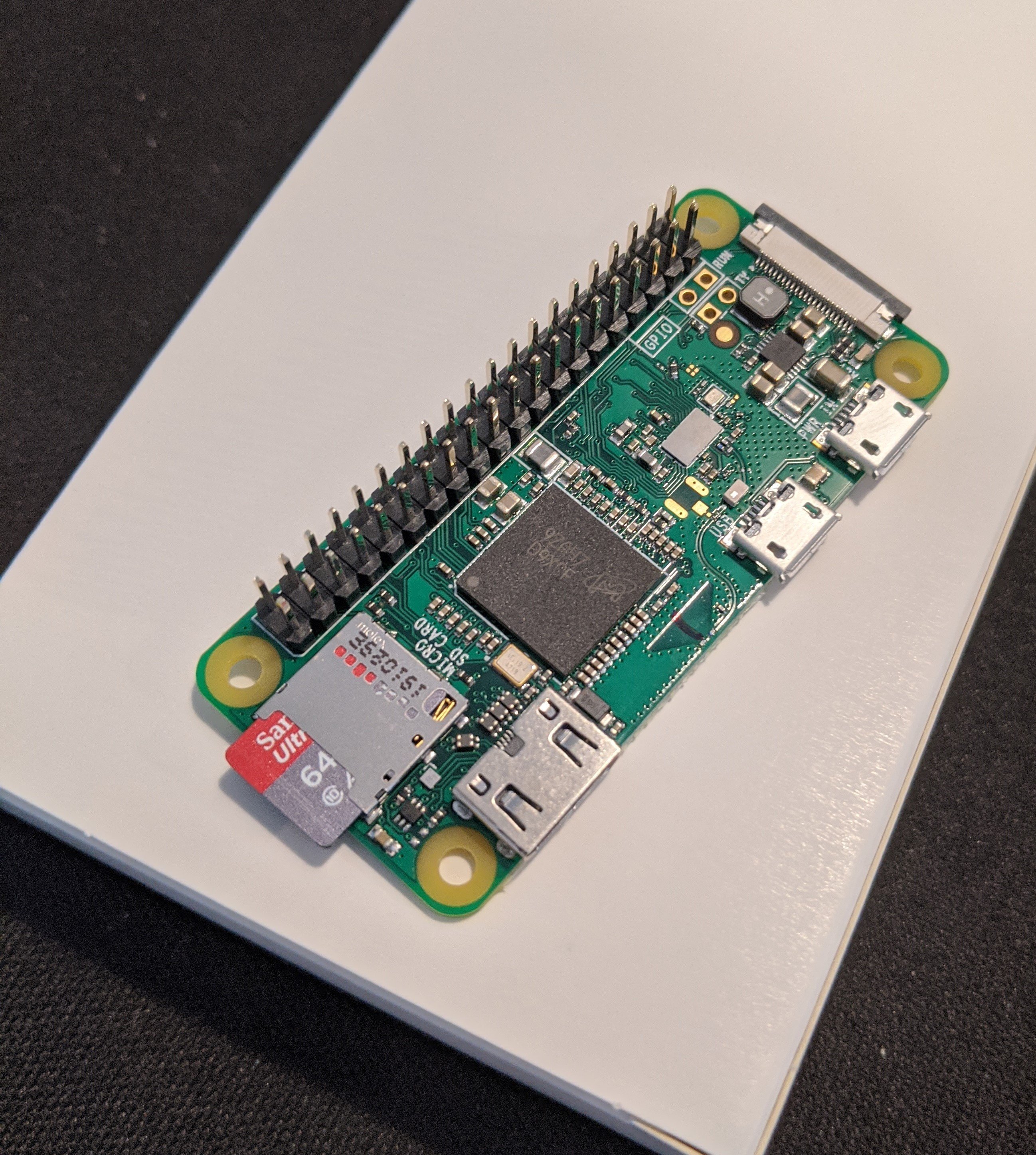 Wait a few minutes, then have a look at the list of connected devices on your router’s admin pages and find its IP address. If you’re having trouble figuring it out, pick one, start pinging it, and disconnect your most recent Pi to see if that’s the right IP.

Once you have the right IP, ssh to it with the default password of raspberry

Under sudo raspi-config, choose Network Options, then Hostname. Set the name to something distinctive from other Raspberry Pis.
After renaming you will be prompted to reboot.

Open up the swap configuration file

Change the CONF_SWAPSIZE value from 100 to something larger, like 2048, then save and exit. Restart the swap service.